Many cultures celebrate the hormonal change as a dawn of a new era in a woman’s life, revering the wisdom that comes with the years, but we in the west tend to associate it with a period of ‘identity crisis’ and negative attitudes.

Often called the change of life the menopause is a natural event. It is a time during which the levels of a woman’s reproductive hormones – oestrogen and progesterone – decline to the point where menstruation ceases. It is important to remember that the menopause is not a disease, but a completely natural phenomenon. 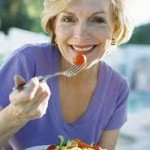 The menopause is a natural transition. It occurs when the ovaries no longer respond to the controlling hormones released by the pituitary gland of the brain. As a result, the ovaries fail to release an egg each month and to produce the female sex hormones oestrogen and progesterone. It’s the fall in the levels of these hormones in the bloodstream that gives rise to the symptoms of menopause.

The average age for the menopause in the UK is around 52 years. However, it may be sooner or later than this. For example, you may have an early menopause if you have a hysterectomy.

Some women sail though the menopause without any problems and the only thing they notice is that their periods have stopped. Others can experience a cocktail of indicators to include hot flushes, night sweats, vaginal dryness, mood swings, declining libido, osteoporosis, ageing skin, lack of energy, joint pains, weight gain, headaches and changes in hair quality.

So what can be done to help the body make this transition naturally, efficiently and comfortably? The change of life is a gradual process, allowing our bodies to adapt accordingly. Diet, nutrition and a healthy lifestyle are crucial this process. In fact, many problems experienced by women at the time of the menopause have more to do with poor nutrition than with falling hormone levels.

By fundamentally improving your health and using natural remedies it is possible to help your body to balance itself and so be able to avoid or to treat these symptoms. In order to do this it is essential that you are getting the right nutrients and herbs in the right quantities to maximise their effect.

There are three levels of approaches to be considered as treatment for menopause – Lifestyle Changes as a treatment involve the least amount of risk, although it requires the highest amount of self-discipline. Some simple changes can reap huge benefits in fighting symptoms, and achieving a higher overall level of health. Fundamentally, techniques for stress reduction, such as yoga or meditation, combined with regular exercise and an improved diet, can be a great natural menopause treatment.

Diet in particular is key. Studies have shown that diets rich in foods that promote estrogen levels, such as soy, apples, alfalfa, cherries, potatoes, rice, wheat and yams, are great menopause treatments. 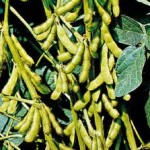 The Alternative Medicine approach involves several different therapies, such as acupuncture, biofeedback, massage, aromatherapy, or hypnosis proving to be extremely effective ways to treat symptoms. But Herbal supplements are the most prominent, especially when combined with the other therapies, as they have the ability to treat the hormonal imbalance directly at source.

Recommended herbs are Black Cohosh, Agnus Castus, Dong Quai, Red Sage and Milk Thistle. Dr Marilyn Glenville PhD, author of Natural Solutions to Menopause has formulated a supplement Black Cohosh Plus that contains all of the most important herbs for the menopause. 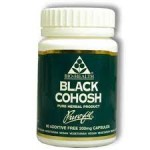 HRT (hormone replacement therapy) is the most common drug therapy for treating menopause. This may be a quick and strong treatment that combats hormonal imbalance; but, unfortunately, it creates serious side effects and increases the risk of different types of cancer among women.

HRT is an artificially synthesised hormone drug that ‘fools’ the body into believing it is not menopausal.

According to surveys, only 10% of menopausal women in the UK have symptoms that are considered to be severe enough to warrant treatment, but a far higher proportion of women are currently taking HRT. This drug simply postpones the inevitable! So when HRT is stopped, the body immediately resumes back to its menopausal changes, and symptoms are generally much more severe because of the very dramatic and sudden fall in hormone levels on ceasing the replacement therapy. 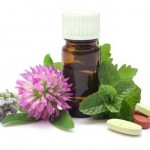 A woman is much better able to cope with these symptoms, both physically and emotionally, while she is in her fifties than she is if the menopause is delayed until she reaches her sixties or seventies. Remember that the pharmaceutical industry’s campaign to eliminate the menopause is a billion dollar business. The menopause is not a disease it’s a perfectly natural process that our bodies were designed to manage!