You may think that adding spices to your favorite drinks and dishes is just merely making it all more flavorful, but spicing up your meals doesn’t just up the tastiness factor — it can also be a boon to your health! 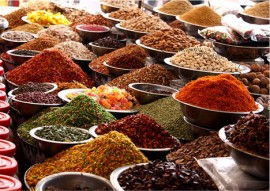 Spices not only excite your taste buds but are composed of an impressive list of phyto-nutrients, essential oils, antioxidants, minerals and vitamins that are essential for our wellbeing. They have been used in our food for centuries, and have now become an integral part of our life.

Modern science is beginning to uncover the ultimate power of spices and herbs, as weapons against illnesses from cancer to Alzheimer’s disease. Consequently we are now starting to see a scientific basis for why people have been using spices medicinally for thousands of years.

In India, where spices tend to be used by the handful, diet-related diseases like heart disease and cancer have long been low. But when Indians move away and adopt more Westernized eating patterns, their rates of those diseases rise. It is because they are getting much fewer spices than their traditional diet contains that they lose the protection those spices are carrying.

While science has yet to show that any spice cures disease, there’s compelling evidence that several may help manage some chronic conditions.  And of course, seasoning your dishes with spices allows you to use less of other ingredients linked with health problems, such as salt, added sugars and sources of saturated fats.

Here’s a few of my favorite health boosting spices for you to digest!

Cinnamon was prized by King Solomon and used by the ancient Greeks and Romans to boost appetite and relieve indigestion. 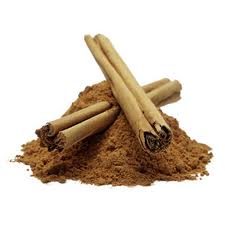 Maybe it’s ironic that cinnamon — that spicy-sweet favorite that cooks use to give desserts extra flavor — can help control blood-sugar problems. Study after study has shown that cinnamon can play a role in the everyday management of blood sugar levels and other cardiovascular disease risk factors.

Traditionally, cinnamon is regarded as a warming expectorant, used to gently reduce congestion and phlegm in the lungs, and dry up runny noses.

Adding a cinnamon stick to your ginger tea will increase its potency. Ground cinnamon can be used to flavour porridge and muesli.

Turmeric is a kitchen staple in India, found in just about every dish that crosses the table. This spice owes its preventive and curative characteristics to its active ingredient Curcumin, a compound so diverse and powerfully rich in antioxidant and anti-inflammatory actions that thousands of studies have shown it protects and improves the health of virtually every organ in the body. 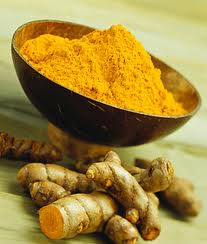 Adding Turmeric to your daily cooking routine is a good preventative measure.

Ginger has also been cultivated and used medicinally for thousands of years around the world. Traditionally used to relieve colds and stomach troubles, ginger is rich in inflammation-fighting compounds, such as Gingerols, which some experts believe are powerful in fighting cancers and reducing arthritis pain. Ginger extracts can also help reduce nausea caused by morning sickness or following surgery or chemotherapy, 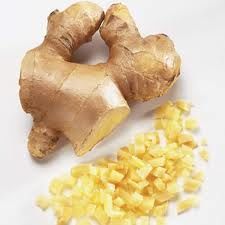 Although widely known for its exotic, spicy flavor it gives to food and beverages, if taken regularly in therapeutic doses, ginger root can effectively promote healthy digestion, boost immunity, treat asthma, improve cardiovascular function, heart health and relieve pain. As a healer – for the first sign of a stuffy nose or sore throat, thinly slice about 1cm of fresh ginger. Place in a cup or small teapot, cover with boiling water and leave to steep for 5 minutes before drinking. Add lemon and honey if desired.

Since worldwide, research over the past 30 years has discovered that spices contain compounds to fight most chronic diseases and prevent illness, why not spice up your culinary dishes and use them every day!